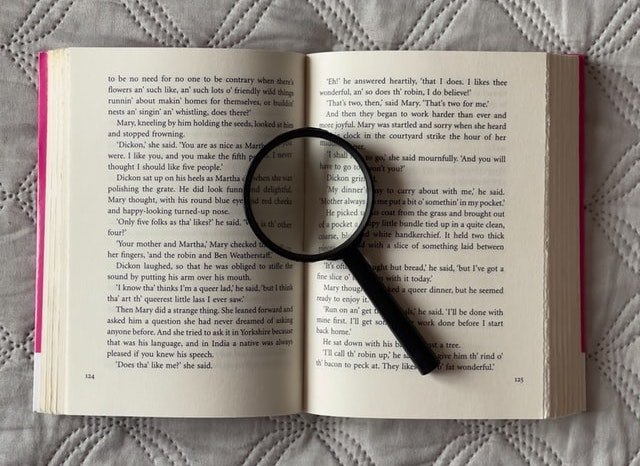 I love reading mysteries because they keep me guessing from page one to the very end.

I’m forever in awe of mystery writers. They juggle all the clues and then meticulously puzzle them together, leading us along a brisk, breathless path until—BAM!—everything falls into place.

What’s better than reading a beautifully crafted mystery? Listening to a talented narrator bring it to life on audiobook.

Here are some of the best mystery audiobooks that I’ve come across. Not only are the stories themselves great, but they bring plenty of ear candy to the table, too.

First, we must pay homage to the greats. These authors are synonymous with “mystery novel,” because many of them shaped the genre into what it is today. Below each author’s name, you’ll see the audiobook recommendations—these writers were so prolific it’s hard to choose an entry point.

Why, if it isn’t the Queen of Mystery herself. I’ve got a soft spot for Hercule Poirot—and if you didn’t like him in any of the movies, please don’t let that dissuade you from reading him in print (he’s much more likeable that way, no offense intended to Sir Kenneth Branagh).

Sayers was one of several Golden Age mystery writers, and her most notable character is Lord Peter Wimsey, a pampered, aristocratic ameteur sleuth.

Chesterton wrote prolifically about Christianity, but he’s also famous for his Father Brown mysteries. An unassuming English cleric has the wits to solve crimes that baffle the police. You can listen to these for free on Librivox, but here’s something that might be fun:

From the publisher: In this collection of 13 full-cast dramatisations, the high priest of detection becomes involved in seven intriguing cases that will tax even his mental powers to the limit.

The king of the detective novel, Sir Arthur introduced the world to the brilliant mind of the one, the only Sherlock Holmes.

This Audible exclusive includes all the Sherlock mysteries narrated by a celebrated English actor.

Modern mysteries in the cozy style

These contemporary mysteries were all written in this century, but they have the sleuthy vibe of the Golden Age about them.

The 7 1/2 Deaths of Evelyn Hardcastle

This book has been described as “Agatha Christie meets Groundhog Day.” Evelyn Hardcastle dies at a house party, and one of the guests has fallen into a time loop, waking up each morning in the body of a different guest. The only way he can break out of the cycle is to finger Evelyn’s killer.

by Anthony Horowitz, narrated by Samantha Bond and Allan Corduner

You get two mysteries for the price of one in this long book—well worth an Audible credit if you ask me. This book-within-a-book mystery puts a fresh spin on a classic genre, and the dual narrators help you know which story you’re listening to.

The Sweetness at the Bottom of the Pie

If you love all things British, then you’ll fall hard for this ’50s-era whodunnit set in the English countryside.

Want a mystery that’ll also make you chuckle? These stories do contain serious material—they aren’t all laughs—but they’ve got more comedy than drama. I love this type of mystery because I’m a total wimp.

The special-needs protagonist in this murder mystery is impeccably rendered by the narrator, making this (probably) better on audio than in print.

The No. 1 Ladies Detective Agency

From the publisher: Mma “Precious” Ramotswe sets up a detective agency in Botswana on the edge of the Kalahari Desert, making her the only female detective in the country. She’s a sassy, smart protagonist, who is (ironically) as old-fashioned as they come.

From the publisher: In a peaceful retirement village, four unlikely friends meet weekly in the Jigsaw Room to discuss unsolved crimes; together, they call themselves the Thursday Murder Club.

Why will you love these on audio? Well, these books are older, all published before 1920. They’re tougher to read, so let these talented audiobook narrators pronounce all the hard names for you.

Who is the Scarlet Pimpernel? Everyone has an idea, but nobody knows for sure. He’s a man of many disguises, leaving red flowers (and angry French revolutionaries) in his wake.

Many people consider this the first mystery novel ever written, and it revolves around the theft of a precious jewel, a moonstone. The story is long and complex and pretty sad, but if you guess all the plot twists, I’ll buy you lunch.

A rich widower marries again and brings his young (formerly penniless) wife to his country estate, which feels eerily haunted by the late wife.

Is this the first great spy novel? Might be. This man-on-the-run thriller inspired the famous classic film.

Okay, these are the type of mysteries that I try to avoid. But, if you want your mysteries to make you bite your nails (and maybe need to consult a therapist afterward) here are a few you may like.

The Last Thing He Told Me

This Reece’s Book Club pick is about a woman who is desperate to find out what happened to her missing husband. All she has to go off of is a note that says “protect her.”

by Alex Michaelides, narrated by Jack Hawkins and Louise Brealey

This psychological thriller starts with a therapist and his patient, a woman accused of brutally murdering her husband. The only problem is she hasn’t said a word since it happened.

This is the first in Kreuger’s Cork O’Connor crime series, and new installments are still coming out. The latest, Lightning Strike, is supposed to be the best yet. This one has a rural, small-town setting with loads of family drama.

YA books are designed to be fast-paced and easy to read, so if that’s what you’re looking for, then give one of these teenage mysteries a try.

One of Us is Lying

This book is basically a twisted version of The Breakfast Club. Four teens show up for detention, and one of them knows terrible secrets about the other three. That person dies in detention, and the three survivors are now suspects.

Ellingham Academy is an elite school where “learning is a game.” But, the school has a few skeletons in its closet that are coming back to haunt a current student, Stevie Bell. She’s got to solve a long-ago crime in order to figure out who is perpetrating new evils on campus.

by A. J. Hartley, narrated by Noma Dumezweni (who originated the role of Hermione Granger in the stage production of Harry Potter and the Cursed Child)

Set in a South African fantasy world, this novel featuring a young female protagonist who has the role of detective thrust upon her when a treasured icon is stolen amid a slew of suspicious deaths.

Don’t discount these mystery novels just because they’re written for the 8-to-10-year-old crowd. These all have serious adult appeal, too, and they’re some of the best mystery audiobooks for whole-family listening.

When I first read this book, I was like “this is for kids?!” It’s twisty and complex and often very mature. The rich Samuel Westing has named 16 people in his will, but only one stands to inherit—if he or she can win the game.

Set in an alternate-history NYC, three middle-schoolers must use their knowledge of history to solve an epic puzzle. This isn’t just a ploy to get the kiddies to appreciate history—this story has some serious teeth to it.

by Jonathan Auxier, narrated by Beverley A. Crick

This is more of a ghost story, but it’s shrouded in some serious mystery, along with lots of chills. Set in Victorian times, two penniless orphans take jobs at a ramshackle country estate that has a creepy tree growing straight through it.

This rollicking story is the perfect brew of mystery and fun, with tons of puzzles to solve. Have you watched the Disney+ adaptation? I haven’t seen it.

Mystery-thriller audiobooks that creeped me out

Personally, I love classic, cozy mysteries, the kind that focus on the pursuit of truth and where the villain gets caught and punished. Crime thrillers are harder for me because I’m soft and squishy on the inside, and it’s hard for me to read anything too gritty. Here are a few mysteries that were just a little too much for me. I kinda wish I could take them back.

So, what title would you add to this list of best mystery audiobooks? I can’t wait to read your book recommendations in the comments.

← Prev: Best books for the nursery that baby AND mom will love Next: Looking for authors similar to Jane Austen? Here are 8 to get you started →

More along these lines… 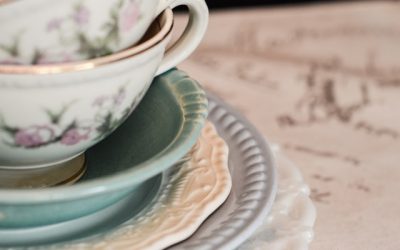 Jane Austen is in a class by herself. But, if you’ve devoured all her novels and want more, here are seven authors similar to Jane Austen that die-hard fans will love.

END_OF_DOCUMENT_TOKEN_TO_BE_REPLACED 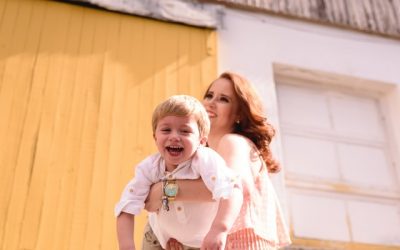 Best books for the nursery that baby AND mom will love

What are the best books for the nursery? I’ve got you covered with my family’s most loved, most requested picture books that will stand the test of time (and a thousand rereads).

END_OF_DOCUMENT_TOKEN_TO_BE_REPLACED

20 Best books to read in springtime

Here’s my go-to list of books to read in spring, when you’re craving something bright, warm and active.