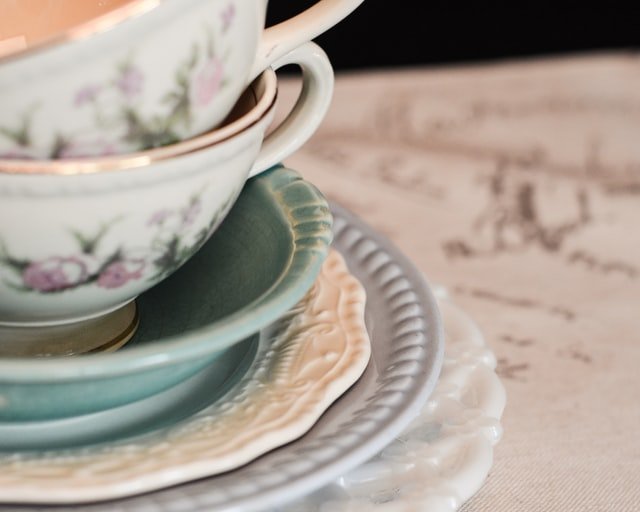 There’s only one Jane Austen. If you’re a devoted fan and wish she’d had the chance to write more than just six full-length novels, then don’t despair. There are plenty of authors similar to Jane Austen. Even though nobody can quite match her piercing satire and sparkling dialogue, there’s a lot to love about the eight Jane Austen-type writers on this list.

Novelists of the past who are like Jane Austen

You likely know about the Brontes, Louisa May Alcott, and L. M. Montgomery—all famous novelists who Janeites tend to adore. (If you haven’t read Jane Eyre, Little Women, or Anne of Green Gables, then start there!) But if you’ve already read these Austen read-alikes, then here are three lesser-known British female novelists who either inspired Jane Austen or were inspired by her.

Frances Burney was Jane Austen’s predecessor. She wrote some of the very first parlor room novels featuring female protagonists and published her books in the 1770s, right around the time Jane Austen was born. Make no mistake, Burney’s work had an influence on Austen.

Start with: Evelina (it’s the shortest)

If you like Austen but wish her books dealt with weightier issues, then you’ll enjoy Elizabeth Gaskell, who published around the 1850s. Like Dickens, Gaskell’s characters reflect varying classes in society, including the very poor. (Austen wrote exclusively about the gentry.) Gaskell’s books contain romance, but they weigh in on various political and social matters of the day.

Start with: Cranford (lighthearted) or North and South (heavy)

Georgette Heyer is one of the first modern authors (publishing from the 1920s to 70s) to intentionally write “in the tradition” of Jane Austen. Heyer basically invented the Regency romance genre. Take an Austen-esque comedy of manners, and throw in a few thrills, mysteries, and sensational scenes, and there you have Heyer.

Start with: The Grand Sophy

If you’d prefer to read something written, um, recently, then here are some contemporary authors who write modern Jane Austen-like books. Pilcher and Goudge published earlier in the 20th century and feel more old-timey. Hadlow, Reay, and Greeley are publishing right now as we speak. All of them have an Austen-esque elegance (or irony) that resonated with me as a die-hard Janeite myself.

Hadlow’s only book so far, The Other Bennet Sister, felt so similar to Jane Austen that it almost took my breath away. Not only does Hadlow ground her retelling in solid moral soil, her writing and dialogue feel just as witty and winsome. And for a book that’s told from the perspective of the dour Mary Bennet, that’s saying something!

Start with: The Other Bennet Sister

If Jane Austen were reincarnated into a modern author, it might just be Pilcher, whose books are set in Britain during the early 1900s (aka Downton Abbey times). In many ways, they’re novels of manners that deal with family intricacies and matters of the heart. She writes with poise and propriety.

It’s no secret that Austen’s novels are deeply religious (and deeply satirical of shallow, hypocritical faith). Goudge’s writing is lyrical and sincere and rooted in Christian soil. It doesn’t bring as much bite as Austen, but it’s got a lot of her beauty.

Start with: The Bird in the Tree (romance) or The Little White Horse (her most popular children’s book AND a childhood favorite of J. K. Rowling’s)

With lighthearted chick-lit titles like The Austen Escape and Of Literature and Lattes, Reay is a pro at leveraging Austen’s popularity. Her books aren’t retellings, but they have loads of appeal for Janeites (and book lovers in general). Reay pays homage to Austen, but she doesn’t try to copy her. I’ll be honest, Reay’s writing isn’t as lovely as the other authors on this list, but her storytelling makes up for that.

Do you simply wish you could sink into the comfortable world of Jane Austen and just enjoy being there? Then give Greeley a try. She’s written two novels set in the Pride and Prejudice universe, exploring what-then scenarios for sideline P&P characters. The Clergyman’s Wife imagines what happened to Charlotte Lucas after marrying the ridiculous Mr. Collins. And The Heiress imagines what might happen if Lady Catherine de Bourgh’s daughter, Anne, grew a backbone and defied her distinguished mother.

Start with: The Clergyman’s Wife (probably)

Tell me in the comments—which authors would you add to this list?